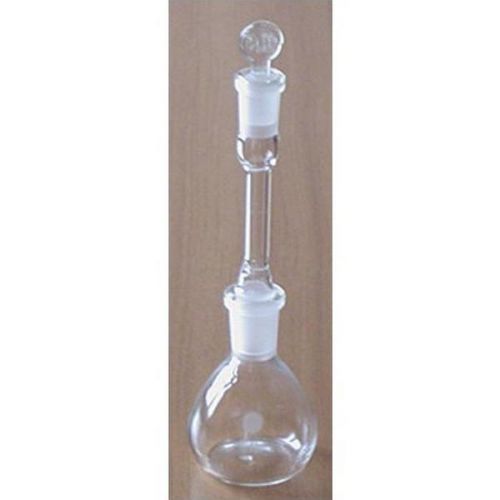 PZh-50 densitometers are used to determine the density of fluids. Measurements of fluid density are carried out based on the weight difference for an empty densitometer filled up to a mark on the neck.

Make 2a of densitometers: neck—onto the interchangeable cone w/o regrinding, plastic plug, one mark around the neck. Plug notation—10/19.

Major advantages of the densitometer method for density determination:

— small area of free surface of liquid in the densitometer, which virtually eliminates liquid evaporation and moisture absorption from air; and

Also viewed with this item